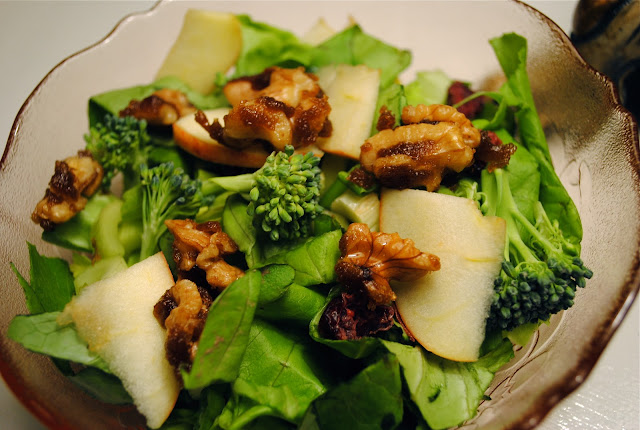 It was one of those rare nights where my sister and I were in the kitchen together. When we were little we used to occasionally make a surprise dinner for my parents. My mom says one of our specialties were sauced meatballs. Haha. My sister and I were very close. We were always doing something silly together: calling 800 numbers to get free stuff in the mail, dressing up in mom's clothes, making home videos, running a pretend video store called "Express the Video" (later known as "Carmen's Videos"), and we even put on shows for our parents. We would hand them a bulletin we had made and we'd sing and dance our hearts out.
This particular night didn't include singing or dancing but it included a killer salad my sister threw together while I prepared the pasta: roasted vegetables with bow ties and toasted pepitas and of course my usual garlic bread. Here's the recipe for my sister's amazing salad. The dressing is from a friend of my moms.
Tossed Greens with Apple Slices and Caramelized Walnuts
romaine lettuce, torn up (or baby spinach)
fresh broccoli pieces
apple slices, cut think and in half
dried cranberries
walnuts, cooked in brown sugar and butter (1 T. butter & sugar in skillet with nuts until coated and crisp)
dressing
1/2 C. vegetable oil
1/3 C. rice wine vinegar
1/2 C. sugar
2 T. soy sauce
Add ingredients in a mason jar and shake. (Or whisk)
Assemble salad in order, ending with toasted walnuts. Serve salad with dressing on the side. 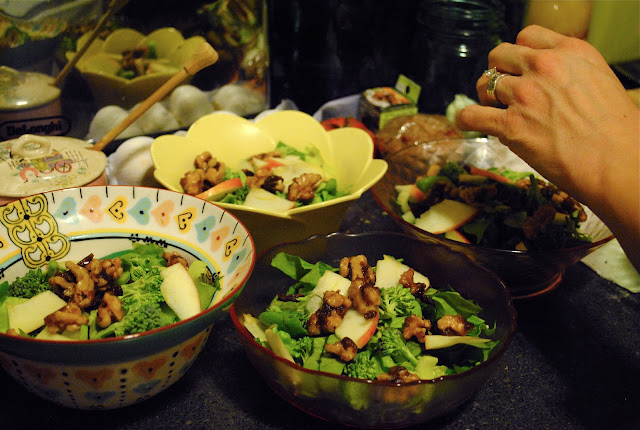 Be aware that the salad is very sweet with a little tang. We all absolutely enjoyed it though. So if you aren't big on sweetness, adjust as needed.
The pasta was super easy to make. I roasted random veggies we had with a little olive oil, garlic, sea salt and freshly cracked pepper. I baked it at 375°F for about 25 minutes or until lightly caramelized and tender, stirring halfway through. Meanwhile in a small pan I toasted a handful of pepitas for a few minutes, until fragrant and toasty. I cooked whole wheat bow tie pasta according to package directions until al dente and threw it in a big bowl. Then I topped the pasta with the veggies, pepitas and a squeeze of lemon. 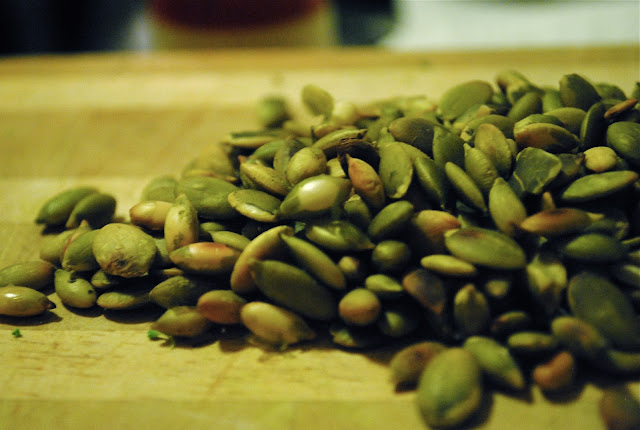 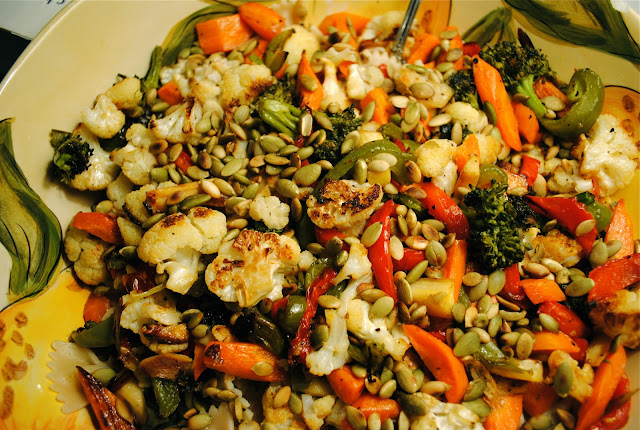 For fun I made an appetizer I had been wanting to make for a while. You peel a sweet potato and slice it in large "coins." Toss with olive oil, salt and pepper and bake until tender. Top with a dollop of sour cream and dill. It wasn't as good as I had hoped. My sister said if I hadn't used vegan sour cream it might have been better. I assume it could be adjusted... i really like the idea. I've seen recipes where you use a regular russet potato, maybe that would be better. Anyone have any suggestions? 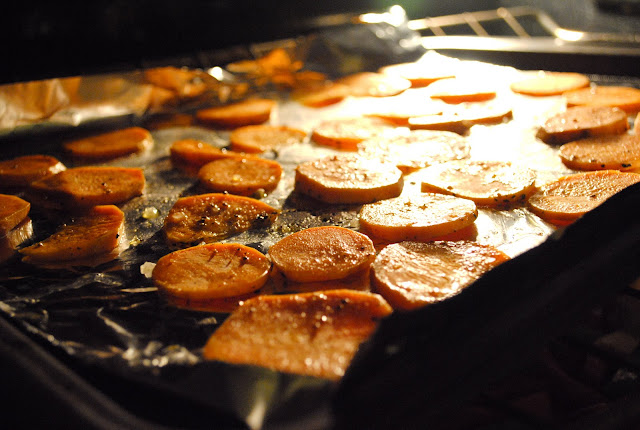 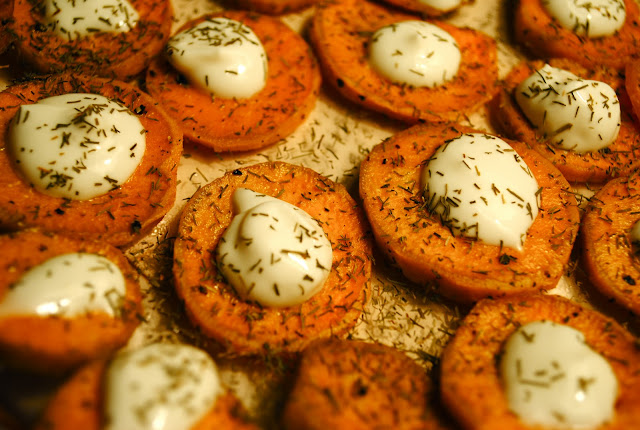 Teebs
I grew up around the best cook I know, my mom. As a young girl I was always interested in cooking.